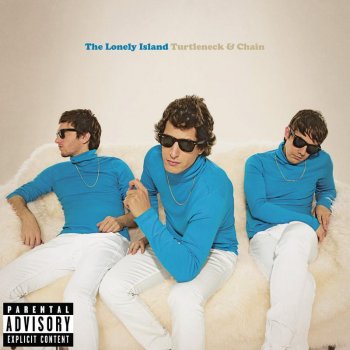 Whoa! I can't believe we're in Japan! Look at all the lights!

The food! The people! Wow! We're three cool white friends in Japan (Japan!) We've never been to Japan So we wrote a song about the three of us in Japan And our label has to pay for it Here we are at our five star hotel The one from Lost in Translation (In Japan!) The views are amazing And their champagne waiting Because that's how we wrote it (Yummy!) And now the label has to pay for the video (yay!) And pay for everything that we say (no matter what!) For example I'll be getting a massage right now And I'll be drinking some sake -So expensive! -Who cares? Here we are at the most expensive sushi restaurant in Japan (mmm!) And now we're at Tokyo Disneyland And now we're in Hawaii for one random shot that our label has to pay for! Cause we're three cool white friends in Japan (In Asia!) The fact that we're white isn't why we're friends But we are white, and we're friends (In Japan!) At this point in the video we'll be super drunk (WEEEE!) Standing near some kind of Dragon (Rawwwrrr!) And then we'll buy some stinky used girls panties Out of one of those pervert vending machines (heehee) Now we've seen sumo wrestling live (Cool!) Unless we get dropped by our label Cause we're three white douchebags in Japan (That's us!) It's all part of our master plan To get some much needed R&R At the expense of Universal Records Wow, look at all this Japanese money It's called Yen I heard it's worth more than American money Let's dump it in the river! Moshi Moshi Guys it's the label, this video's really expensive and- Bye! Pokémon! Dump it in the River! Our rental car! Dump it in the River! This old guy! Dump him in the river! And now we're flying home first class!