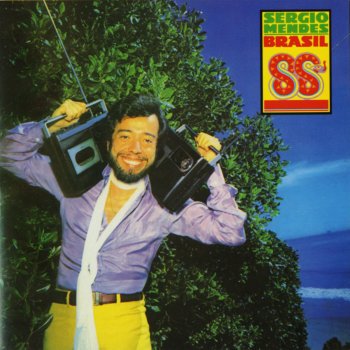 A stick, a stone It′s the end of the road It's the rest of a stump It′s a little alone It's a sliver of glass It is life, it's the sun It is night, it is death It′s a trap, it′s a gun The oak when it blooms A fox in the brush The knot in the wood The song of a thrush The wood of the wind A cliff, a fall A scratch, a lump It is nothing at all It's the wind blowing free It′s the end of the slope It's a beam it′s a void It's a hunch, it′s a hope And the river bank talks Of the waters of March It's the end of the strain The joy in your heart The foot, the ground The flesh and the bone The beat of the road A slingshot stone A fish, a flash A silvery glow A fight, a bet The range of a bow The bed of the well The end of the line The dismay in the face It's a loss, it′s a find A spear, a spike A point, a nail A drip, a drop The end of the tale A truckload of bricks In the soft morning light The shot of a gun In the dead of the night A mile, a must A thrust, a bump It′s a girl, it's a rhyme It′s a cold, it's the mumps The plan of the house The body in bed And the car that got stuck It′s the mud, it's the mud A float, a drift A flight, a wing A hawk, a quail The promise of spring And the river bank talks Of the waters of March It′s the promise of life It's the joy in your heart A snake, a stick It is John, it is Joe It's a thorn in your hand And a cut in your toe A point, a grain A bee, a bite A blink, a buzzard, A sudden stroke of night A pass in the mountains A horse and a mule In the distance the shelves Rode three shadows of blue And the river talks Of the waters of March It′s the promise of life In your heart, in your heart A stick, a stone The end of the load The rest of a stump A lonesome road A sliver of glass A life, the sun A knight, a death, The end of the run And the river bank talks Of the waters of March It′s the end of all strain It's the joy in your heart