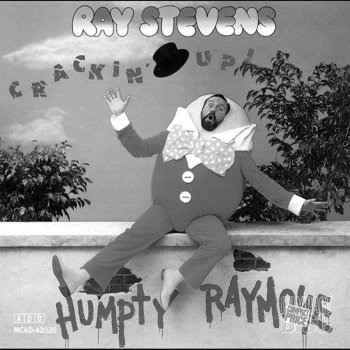 LetrasThe Ballad of Catcus Pete and…

This is the ballad of Cactus Pete. He spent his life out in the desert heat In Arizona and New Mexico,

Searchin′ for the motherlode. He had no friends, he had no family, Just a pet sidewinder that he called Lefty, They shared a run-down minin' shack Out with the coyotes and horny toads. Hehehe, yeah just look at ′im all coiled up o'er there. I'll never forget the first time I saw ′im. He ′s just a-sneakin' up on a little toady frog Settle down, settle down, ain′t no toady frogs, I'm just tellin′ 'bout you sneakin′ up on one. He loves them little toady frogs Lord, I couldn't live like 'at. You shoulda seen him when I first found him. He had real bad teeth. Yeah, just had two little bicuspids there in front, Lord what a gap. Made Leon Sphinx look like Burt Lancaster. Took him to the orthodondist. Yeah, we tried braces, that didn′t last too long. Heck, I got tired of mashin′ up them little toady frogs for 'im. So we just had ′em capped. Yeah, he'd have to have ′em filled anyway, They both had big cavities in 'em. Oh, but just look at that smile on ′im over 'ere now, though. Cactus Pete, Cactus Pete, With his pet sidewinder at his feet. Strangest old codger you ever wanna meet, This is the ballad of Lefty and Cactus Pete. Hehehe, yeah me 'n old Lefty, we ain′t got much. I′m poorer 'n a church mouse Settle down, settle down, ain′t no church mouse. I'm just tellin′ 'bout a church mouse. Hehe, he loves a fuzzy little church mouse Lord, I couldn′t live like 'at. He's a cold-natured critter. Yeah, I cut the toe out of an old Sock one time, made him a little sweater. Didn′t work, though, he just kept crawlin′ out of it. He ain't hardly got no shoulders at all, you know. But Lord what a neck. Got more neck than Audrey Hepburn. Cactus Pete, Cactus Pete, With his pet sidewinder at his feet. Out there ′mongst the cacti and mesquite, This is the ballad of Lefty and Cactus Pete. Hehehe, yeah nearly lost ol' Lefty one time, though. He ′s out sunnin' himself on that big rock o′er there. Yeah, he'd just gorged down two blue-bellied lizards And a heelee monster Settle down, settle down, ain't no heelee monster, I′m jus′ talkin' ′bout a heelee monster. Like I said, he 's on that rock o′er there, And a big ol' bal′ headed eagle just swooped down, Snatched 'im up, wen' flappin′ off with him through the cactus. Ol′ Lefty, he just squirmed around, looked up at that eagle, Flashed him that big 'ol pearly-toothed smile That eagle dropped him like a hot potato, hehehe. Thought he was a lawyer. Cactus Pete, Cactus Pete, With his pet sidewinder at his feet. The saga of the West wouldn′t be complete Without the ballad of Cactus Pete And Lefty. Calm down there, boy, they wasn't gonna forget ya. OK Lefty. Heel! Now sit up! That′s a good boy. Now roll over! Got a nice little hamster for ye. Let me see them teeth. Good boy. Now fetch!