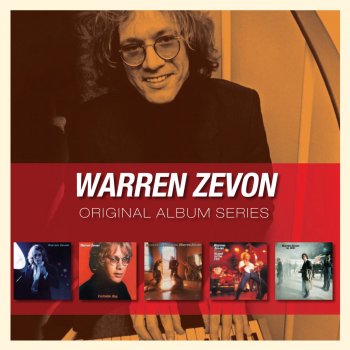 No translations available
+Add Translation
We detected some issues
Brian Willett suggested changes to these lyrics.
Lyrics for Roland The Headless Thompson Gunner by Warren Zevon

Roland was a warrior from the land of the midnight sun With a Thompson gun for hire, fighting to be done The deal was made in Denmark on a dark and stormy day So he set out for Biafra to join the bloody fray Through '66 and 7 they fought the Congo war With their fingers on their triggers, knee deep in gore For days and nights they battled, the Bantu to their knees They killed to earn their living, and to help out the Congolese Roland the Thompson gunner (2x) His comrades fought beside him, Van Owen and the rest But of all the Thompson gunners, Roland was the best So the CIA decided they wanted Roland dead That son of a bitch Van Owen blew off Roland's head Roland the headless Thompson gunner (background) Time, time time, for another peaceful war Norway's greatest son (background) Time stands still for Roland, till he evens up the score They can still see his headless body stalking through the night In the muzzle flash of Roland's Thompson gun (2x) Roland searched the continent for the man who done him in He found him in Mombasa in a barroom drinking gin Roland aimed his Thompson gun, he didn't say a word But he blew Van Owen's body, from there to Johannesburg Roland the headless Thompson gunner (4x) The eternal Thompson gunner, still wandering through the night Now it's ten years later, but he still keeps up the fight In Ireland, in Lebanon, in Palestine and Berkeley Patty Hearst heard the burst of Roland's Thompson gun and bought it