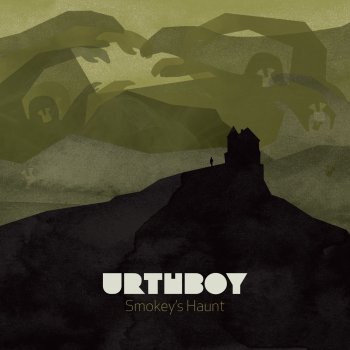 No translations available
+Add Translation
These lyrics are waiting for review
If you found mistakes, please help us by correcting them.
Lyrics for On Your Shoulders by Urthboy feat. Solo & Jimblah

Yet to define or explain It's kinda hard rather simple an plain We maintain by ourselves do gooders seek the change Go about it the wrong way like It′s been a long day We all in this struggle together These are the breaks that we face We can change but ourselves then others as well Lead the example then follow they shall So young Padawan, word, get ya battle on Respect is a two way street, remember what up Knowledge is the key to the treasure we possess, hold ya head We in it for the long haul respect, uh huh My mother said "think before you says", word em up My unc said "look before you step", so ahh I let the music speak for itself One love to each their own and everybody else You can carry it all on your shoulders Like you're the only one to resolve it Let's just try to be, to be What′s your motivation? Is it yourself or the change you′re making? Let's just try to be, to be, to be Believe they hype Moving faster than the speed of light Each day it′s getting harder to sleep at night Still it's funny Trying to appease the guilt and worry That comes with sunny living in the land of milk and honey As fate would have it, we inhabit an era where Cover the night and make Kony famous Simplistic ideas and benevolent strangers (So what you′re saying is) Who gave you the authority? Put you in a position of superiority? You got to ask yourself, what's the priority? The change you wanna see or who you want to be seen to be? Straining under the weight of a heavy conscience But people got to solve their own problems man Won′t ever accept what's forced on em Best we can do is lend a helping hand Cos you've seen first hand what people can do How it defies the beliefs that′s feeding you view It′s like you didn't know the devil was sleeping with you And sleeping with me too it′s gotta be better anew Afresh, and we ain't set up a a colony yet On Jupiter and Mars batten down the hatches And bars we get A little protective of our patch of turf and yet Apparent we′re not apparent of it Or more clever than it Come here we'll tear you to bits How many lessons can you fit in a classroom of kids? How many billions could you reach that you care to convince? And those you hold dear, are they there in your midst? Do they know you battle with pen or the fist? Trying to make everything right Trying to make everything fix As if everything you consider wrong wasn′t meant to exist But to somebody then that'd be this