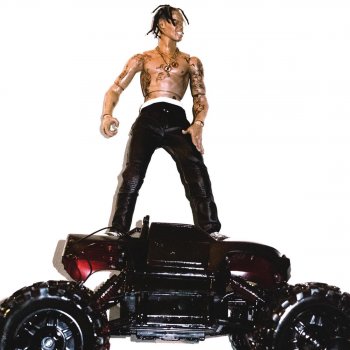 Wasted right now Wasted right now Take a sip, drowning in this shit Choppers on my hip I hold my head I've been taking risks to make that money flip, I still do I ain't ordering I can't afford this shit Go to war with this you overboard I'm overboard with shit Now it's a pair of player niggas Gotta day to data stack and still I pay accounts 20 racks to show just a little allowance Only come to Houston if the boy allow it Bow your head to a real one Coming down with them main niggas H-town don't play with us Them Reddick boys stay with it I've been grinding slaving over time since I was a fan Looking in the mirror like one day Jacques you gon' be the man One skinny tatted nigga, blunt flicker Young La Flame hot spitter, who can hold this nigga? yeah It's really going down in the goddamn side I 3-up, 100 to the end It's really going down in the goddamn side I 3-up, 100 to the end There's a lot of motherfuckers that can't handle they liquor Can't handle these drugs Wasted, undone It's only real niggas that can handle their shit man Wasted, undone Yea So if your tryna get lit nigga go up Make sure you stay on our level cause we go up Let me see you up Is you wasted baby? One shot, two shots and you still talking crazy 3 shots and you faded Freaks coming out at night and they game X rated 4 shots now she wanna do the clique Any more shots she ain't gonna remember shit Smoking on extendos no clips Project hoes going up in the Ritz She going to do it for a G anything for me bro She just wanna fucking drink and chief all the weed up Sexy bitch pop that pussy cause you in your prime Pour that purple over ice call it turtle time Shawty never been a hesitator Got her going down on the elevator Hear that pussy bomb I'mma detonate her Fuck her from the back keep the neck for later No magic trick but I levitate her With the magic stick nothing less than great When I hit her with the dope D I'm gone Don't text me later, no extra favors It's really going down in the goddamn side I 3-up, 100 to the end It's really going down in the goddamn side I 3-up, 100 to the end Weed, lean, MDMA, he say she say All the products of a young man gone the wrong way From the home where he knew till he roamed where he at And the phone break up, unknown wake up Several one night stands Heard the phone break up If he fall when he flat, sure won't take much How do you find out? jump Have you take that plunge If not, we're in the same spot How could you judge? How could you judge? Could you judge?