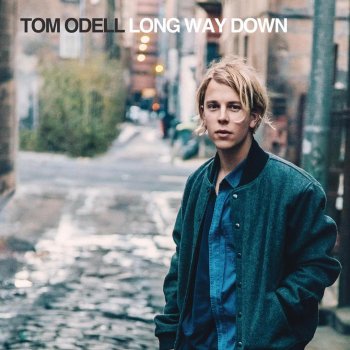 12 Translations available
spanish
italian
german
Choose translation
These lyrics are waiting for review
If you found mistakes, please help us by correcting them.
The Lyrics for Long Way Down - Commentary by Tom Odell have been translated into 12 languages

"The track was written when I was out, One of the first times I'd been to London by myself I sat at this party and I sat on a rooftop And I remember looking down over this ledge And it was quite an open ledge at the top of this party I remeber being really overwhelmed by it just fear of heights, The obvious fear of looking over a edge like that But just a feeling that ressonated in me, But it summed up a lot of feelings that I felt while I wrote this album, And this didn't become clear until I started recording the album. I guess we're always on a ledge like this, And there's a lot of ways to fall all the time, And that's what the song's about, And you should give yourself something, There's always a long way down and a lot to lose. The meaning of the song summed up a lot of the songs on the album, And when I recorded it it just felt so right." - Tom Odell

These lyrics have been translated into 12 languages