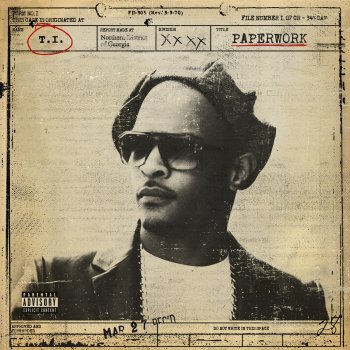 I know radio prolly ain't gonna play this... But chopper going off in the hood man like Afghanistan or the Gaza strip somewhere man. Yeah, we hear it so much we probably numb to it by now. After all, it's the American way right?

Home of the brave and free (Its America) Free just to murder me (Land of the handgun) Land of the beautiful (Home of the shotgun) Cursed by the hate we throw (Ya dead if ya ain't got one) Is this the new national anthem? (It was like this before I got here, baby I ain't do it!) (I ain't start it I'm just a part of it) Is this the new national anthem? Turn it! You say this the home of the brave I guess I say this the home of the K's and the vets All alone with the J's smoking yay cause he stressed On chrome with a Tek taught to spray for respect I learned from the best used to stay in the "jects" Bought work from the vets burning rubber in the 'Vettes This as good as it gets used to play with the rats Then I got older and learned stay away from the rats God blessed this nigga, to hustle up and make eight figures Turned from a goon to a great young nigga No complaining just doing what it take young nigga I was raised in a decade of hate young nigga Always dodging polices because they hate young niggas And we hate them too, 38 in him shoe All the changes the system will take him through He ain't a killer but he will if you make him do it Homicide he'll ride, they'll put him on trial Let him have a life sentence then do it with a smile And he only 19, he ain't even had a child As a child, told his mama he'll be gone for a while And she cried, still they just put him inside Now she all on her own because her other son died Listen to the politician as he lied and he lied He a snake in a suit, trying to hide in disguise (Well damn officer what did I do? Naw hold up man don't shoot, I live over there Ay, man what you doing? You trippin, dawg How many times has that ever happened to you, what the fuck do you know about being a black man in America? And you wonder why we walk around with straps) For the stars and the stripes prison bars and the pipe Young nigga rolling weed in a cigar he can light Bang red either blue selling hard and the white Live by the gun, never run from a fight Trayvon in a hoodie, walking through the neighborhood he Didn't do shit to buddy, he didn't have to die did he? I guess it's because his dad was a judge in the city They didn't want him in the pen with the thugs that could get him A jury of his peers said all was forgiven But touch one of mine, right or wrong, I'ma kill them Fill them with the lead like they put in Martin Luther King's head Like they killed Malcolm X, Edgar Hoover did that You can catch me in the hood where they shooting niggas at They don't know if Neighborhood or the Hoovers did that Whether Piru or VL's or GDs wit me we Down to uprise from the OG's to peewees (Don't get it fucked up If you ain't found something you're willing to die for, you ain't fit to live To get something you've never had, you must be willing to do something you've never done I'ma die by mine) Let me ask you something. If the kids are the future, tell me why you can get more for being C.O., than you can for being a teacher. Tell me why it means more to the government to pay the people who got to watch over the prisoners, more than the people who got to keep the children from becoming prisoners. That make sense?Tell me why 9 ounces of crack will get you more time than a rape right now. Tell me why them crazy white boys can tote a gun but I can't right now. Yea I had felonies, I done did dirt in the streets, but I ain't ever gave it to anybody that didn't deserve it. You know what I mean? I ain't ever ran in no public place with no pistol shooting no innocent people. I ain't never ran in no school, killing no kids. Man this is the result of you refusing to deal with the issues at hand. We are a product of the environment you placed us in... we ain't do it... we just lived through it (Message to my people Stop waiting on folk to help you, help yourself, it starts with you Get yourself out, reach back, get somebody else out And that's the way we're going to get ahead Sitting around waiting on government to do something for us ain't never gonna happen partner they don't give a fuck about us But don't play into their hand partner, you making it easy for em, hell is you doing?)

These lyrics have been translated into 3 languages