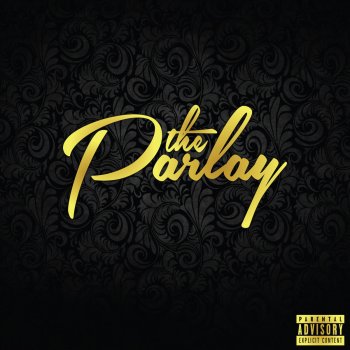 1 Translation available
dutch
Choose translation
We detected some issues
If you found mistakes, please help us by correcting them.
The Lyrics for Jumpoff by Packy have been translated into 1 languages

I... A-a-act like that This that bounce, clap like that Girl how you not in the front with a back like that? Back in the booth like boo-ya who-ya Gonna call when I rip like this Thug down (pop pop) when I get like this 'Cuz ain't no tellin' what I'm gonna hit Gunnin' for the top But I'm killin' everybody under me for the fun of it Wake up, my wait up Nobody I came up with touchin' me So I drop 2-o-13 with the whole rap game See if they want some of me Fourth quarter, Kobe 'n shit Jedi, I'm like Kenobi 'n shit I know we the shit, been over this shit I'mma take the game and bend over this shit Took my time, mine for the taking They broken records, I'm record breaking You married the game, you took the bribe I crashed the wedding, I took the bride And the cake too, no stopping me Only time I break is when I break through And I'd stun these dudes But lately I don't got shit for them boys to relate to I'm from that murder mit That dirty glove, that cap city No one was at my shows unless I brought them cats with me First show split twenty bucks with Moe-T, Q, Daggs, and me Last show I big boy, when I left I had three stacks with me Now who grinding like me? Tell me who working like us? When this show arrive in your city Tell me who get off of that bus For the jumpoff, jumpoff, jumpoff Who ready for the jumpoff, jumpoff, jumpoff, jumpoff?! To the races, back to the basics Back to this rap shit, back to the basement Back back way back, I'm 'bout to park with it Back to the future, hop out the car with it Back in the spotlight, parallel park with it I'm-I'm out here, what's crackin'? Rappers got that ammo clackin' I just keep my camo saggin' Dodgin' all the bee-bees You were catching Zee-zee's I was serving you like BNB You a mix of two wack rappers I'm a mix of me and me, shoot at me like C.O.D. or TMZ But either way I'm blowing up like TNT Stop that shit, it's my time, it's my time I'm hungry and I'm eating all the emcee's like wontons Spit 'em out on the sidelines Give 'em pom-poms for they whole team Get 'em all yellin' MVP I'm like Bron Bron for the home team Messed around got a triple-double Timeout, we in the huddle "Coach give me the biscuit, I'll give you the basket Double team? Triple team? I ain't gonna pass it" I'm an assassin, beatin' defenders then I beat the clock Pick up your jock, pick up your jaw Before I pick up your lady, make her my [?], make her my queen You a pawn, I'm a king, I'm a beast of an emcee I break even, I beat odds, don't bet against me I could take a dead crowd, step to the mic and bless it Then we jumpoff, jumpoff, jumpoff Who ready for the jumpoff, jumpoff, jumpoff, jumpoff?! My rocker, off to the doctor, I got the fever back Kings of the old school think they got the game locked up I got the key for that No more guest house (we kickin' in the door) I'm calling all my people, tell 'em (what it's hittin' for) No more taking 'no' for an answer We bossin' up, as if 'Familiar With Floss' wasn't floss enough They make promises and they give you a lot of probs But they want ten percent of me and that is not wassup I've been workin', (workin'), workin' (workin'), workin' way too much And this money that I'm making, this is mine, you can't touch I'm so wavy, I'm so wavy, I'm amazing, I'm so crazy I'll be grinding 'till I turn my Chevy Prism to a 'Cedes I'm saying though, lately I've been laying low But lowkey, I'm living the life I've been praying for High lights, high beams, highways, high life, high stakes You up in your girl's purse, she all up in my place You told her she can't see me, she just call those blind dates Who you really mad at? Why you up in my face? Jumpoff, jumpoff, jumpoff Man you better jumpoff, jumpoff, jumpoff, jumpoff