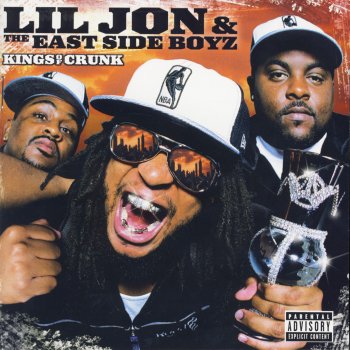 No translations available
+Add Translation
We detected some issues
If you found mistakes, please help us by correcting them.
Lyrics for Play No Games by Oobie feat. Trick Daddy, Fat Joe & Lil Jon & The East Side Boyz

I ain't really here to play no games, Girl You already know my name, Yeah Freaky deaky cause it ain't no thing, Yeah I ain't really here to play no games, Girl You already know my name, Yeah Freaky deaky cause it ain't no thing, Yeah Ain't no tellin' what a bitch will do For the doe, She'll probably get on four and fuck the crew Down south, Up north be the same ass bitches Man locked up but mama watchin' the children Talkin' bout my neck my back Bitch you better learn how to chop rocks if you wanna get with Crack Ughh, I been in love once, at least I though that Till I fucked around and hit a broad back Got burnt, Now you figure the rest Dick hurt like I'm pissin' baguettes, now I'm livin' depressed Should have known better than to trust a hoe Especially she wanna know how much doe you hold Cause there ain't too many real bitches If you got one hold on, don't wanna be nobody's meal ticket And you know it don't mean shit to me Cause you know, Bitches ain't shit to me What You see the problem is them busta ass niggas you been fuckin' with Always bought ya shit, But never taught ya shit Did he ever tell you some things that a player do And made you aware that life is more than a hair dew Boy I tell ya, Best to deal with them real niggas And stay far away from fuck niggas Don't be a sucker, Hell at least not from nothin' All this suckin' and fuckin' a bitch better have somethin' I need something that is compatible Not nothin' young and dumb and full of cum, But one that's edible I bet a, Nigga like T Double Get it wetter, Suck and fuck 'em better than the average nigga I need a girl that's into tryin' things So I can put it in her mouth, Fa real ain't into mind games I know she's a mama girl and I'm a street nigga Once we get together, I'll bet you she'll sleep better A-T-L nigga, Shawty pimpin' how I put it down Grindin' hard everyday, Chevy ride through ya town 23's on the truck, Ask me if I give a fuck Rally's on that 75, Rollin' up 85 Lookin' for some cut like you Tryin' to see what you gone do Shawty I ain't playin no games I ain't tryin' to be yo mayn I just wanna cut you up, Slice you up like cold cuts Lay you down and eat you up, Jonny slong up in them guts See I'm something like a freak, Part time pimp Big block Chevy rider all through Decatur Wanna know my name, Well its Big Sam And I play no games with these hoes cause the lame Lemme break it down, Tell ya right now If ya see me in ya town its goin' down And all I want to do, Is cut you and ya crew So let me know what's up with ya girl and you