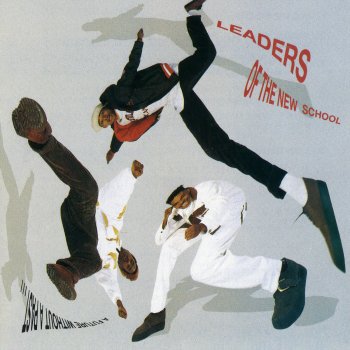 Leaders of the New School

No translations available
+Add Translation
We detected some issues
If you found mistakes, please help us by correcting them.
Lyrics for International Zone Coaster by Leaders of the New School

Oh my gosh, oh my gosh It's a sunny day and the sky is bright Take her to the mist everything is right

No need to make bets cause I met a bookie Today is the day the whole school plays hookie Why? Cause I called Dinco D and Brown Cutmonitor Milo brings the sound Before I do that I play myself like a jerk Make sure momma jamma took her body to work Okay she is gone so I jet to the phone Let the whole world know nobody's home It's Busta Rhymes and I'm feeling irie Come on over cause I'm having a party Milo did the right thing and brought the ride The sound's too pissed now the party's live Tickets in effect, everything's sweet As I zoned in my bus, all I had to say is "That beat" That beat, just keep the same old beat Check it out y'all, come on, come on Just keep the same old beat On the fourth day of school, hookie wasn't here Today's the first day of a brand new year There's girls that's rubbing butts around the room Fellas feeling good cause the gates is boom Zoom to the doom of a sugarplum toon Me, Busta, and Brown is gonna rock the mic soon With a huh! here we go in June Power cat with the snap in the rules Throw a misses out, this is all street news You choose, don't lose a views Prices move in like cruise a bruise Stacked on a four pack stack of freaks I guess I'll play hookie for a couple of weeks Six A.M. and I hear my alarm Rushed to the phone, I called Vietnam He's asleep so I leave a message At the tone, you know time is of essence Quickly I jumped straight into the shower The baby powder, cause I can't smell sour Get dressed, put on my Nike Airs Come my hairs, go upstairs Walk outside to the fruit stand And Dre, Kane, he's the 40's in hand Powercat Geronimo is in the distance The fifths are coming, the fifths are coming Hit up, lit up the blunt and I'm straight Quarter to eight and my day looks great Walked to the school with about 40 feet That means the squad is 20 deep I zoned Zone Coaster (The International...) Finally by now the whole crew's in the house Brown just came and he's roaming about Music just started, yo where is Milo? Got a chicken in the room and he's trying to hide, yo Next is my man (Who?) Gary Gennew Half of the mob and a case of brew Rumpletilz with the Diggum Smacks A get through the door with the Cracker Jacks Classic from Medina cold looking very hard Next to the door came the yardman Scard Into my crib to find the inchie at last Kallie any crew with my boy Shabazz Shake it time iller to settle the score Then Powercat through the locks on the door Bugging at the jam like I'm cyclone Now an hour to seven come to find out that I'm zoning Huh, check it out, yeah No school? Cool I'll just fool around off school grounds Too many kids doing bids in detention I'm just chilling, what is this they mention? L.O.N.S. to the set, look he has a gun '91 is fun, lots of baked buns Prepare the wine to a reggae cut Not (not) not (not) who (what) what? Mom, a bomb, sound the alarm Leave the dance before she causes some harm I go out the backdoor with a hard bone Look at the clock and then I start to zone Got to the hive, no one was there Truant officers began to stare Called Dinco D but he's not home Drop another quarter into the phone Call Busta Rhymes, what's up my man? (Having a party, understand?) Where's Dinco D, you know, the D? (Here's the phone) (Sup C.B.?) I'm coming (Hurry up, hurry up!) Milo started throwing on all the cuts Walking to the crib and I heard "Hello" Turned, it was Epitome and Shemello Told them the scoop and I kept stepping Almost had to stop and I started sweating Rob pulls up, he says "Come on get in" Place was packed with stupid skins Got to Busta's crib and grabbed a 40 Cracker Jack's habit, naughty naughty Grabbed the gold tone microphone Woke up Saturday, I zoned Zone Coaster (The International...)

A Future Without a Past