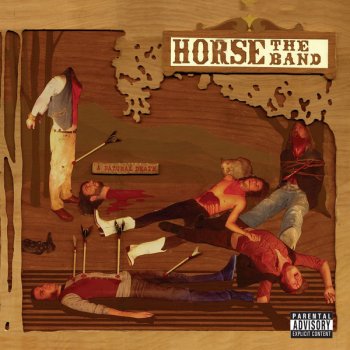 LyricsI Think We Are Both Suffering…

No translations available
+Add Translation
We detected some issues
郭文翔 suggested changes to these lyrics.
Lyrics for I Think We Are Both Suffering From The Same Crushing Metaphysical Crisis by Horse the Band

"Dilation of chronal aperture in 3, 2, 1" Activate, Initiate instruments set to yesterday! At the speed light across empty plains of time, On a ship of jewels and gold, All of time unfolds. A seven click blip, For a fifteen eon trip. Crafting deja vu, Event horizon boom. Days rescind and lapse, Birth after death. Tomorrow is the past, Event horizon boom. Cities shrink and fade into the ice age. Dinosaurs now new, Event horizon boom. Time is broken! How small are we compared to space and time? (played in reverse) Time after time, Time after time, Time after time. All these machines that dream, Make me want to scream. There's no bears or wild things, The future's not what it seems. Causality denied, All of time is now mine. The crisis we both share, Is you are me when I was there. Time after time, It's almost time. Time to say goodbye, At the end of time.