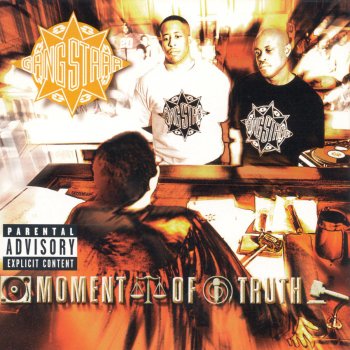 1 Translation available
french(1%)
Choose translation
We detected some issues
If you found mistakes, please help us by correcting them.

Hip hop is not, what it is today It's the real, it's the Militia If heads only knew how I felt about the rap game They'd relocate, and change their fuckin' name I eradicate movefakers, roll with coat shakers Give dap to mad money makers Shared cells with lifetakers, have sex with rumpshakers I make moves so I'ma earthquaker I've been known to instill fear Although the world may be round, we still trapped in the square City light, got me buggin' and trife Some die by the gun, some die by the knife It's alright, like a game of spades I'm trump tight Premier hit me with music to ensure that it thump right And my flight, will be taken solely at night 'Cause that's when the freaks come out, no doubt And in the dark hours is when I will shower With the knowledge of my trade to get paid Still I make moves like a snake in the grass, roundabout I'll be dickin' it down while you be assed out Puff mad l's but never passed out And if I'm caught up in a jam, I blast my way out There'll be no lettin' up, just straight shuttin' up Or we'll start the wettin' up Lyrical infrared sceptor never miss you Big shug, guru, Freddie Foxxx, the Militia, Militia Everybody's spittin it, the rhyme is hot 'Cause it's big shug, guru, and Freddie the Foxxx When premier bring the beats, no it just don't stop It's the Militia, Militia, Militia Everybody's spittin it, the rhyme is hot 'Cause it's big shug, guru, and Freddie the Foxxx When premier bring the beats, no it just don't stop It's the Militia, Militia, Militia Yo; I ain't one to succumb to no man, but to command And scoop up the troops when it's time to take a stand Emphatically, deep strategies leave casualties I creep gradually, 'til everybody knows That I got more flows than rosebud got hoes The anger inside had me trapped 'Til I got geared up with raps to tear you up like big gats For big stacks, watch your back when I send 'em in Caught you tremblin', my name and face you're rememberin' Several attempts, but nah bitch, you'll never win Rhymes pierce your skin or maybe limbs we'll be severin' Take you to the mat, peep that, you should keep back My ill-kid format will lay you flat like a doormat That I walk on, I meditate while you talk on And gossip, so I drop my hot shit, fully loaded glock clips So get the fuck out my block, kid As nights turn to days, days go back to nights, we be speaking it right And keeping it tight up in the street life I meet life, head on, no holds barred Born with a heart of gold, now mostly cold and scarred En guard, choose your weapon, or get to steppin' Lyrical bullets make you dance from the trance you be kept in Assessments are made before, and during combat I master my hunger, blow the spot when I bomb cats One of us, equals many of us Disrespect one of us, you'll see plenty of us Conflict, is what I predict You and your fellas is mad jealous, attempting to flare We cleverly stalked ya, your fam'll miss ya The war's on, that's why we formed the Militia, Militia, Militia Everybody's spittin it, the rhyme is hot 'Cause it's big shug, guru, and Freddie the Foxxx When premier bring the beats, no it just don't stop It's the Militia, Militia, Militia You niggaz owe me for my rhymes, I come to collect For you dope fiend niggaz in rap, I'm here to inject, check My style is water baby, spread it around But when you niggaz don't flow it right and fuck up my sound I get down; in '89, I spit the buck in the face Of every MC that came in the place, a scar you'll never erase MC's are only recognized for their flows I'm worldwide for the bitches, that I turned into hoes You heard me spit it on jew-elz, that's how it goes For all them faking ass niggaz and how I bust up they nose And while your, nose is drippin', and drainin' blood I be standing over you screamin',"Nigga, what, what, nigga, what?" Niggas feel my presence, like I'm right in they palm Cause a stormy day is coming, when you see me so calm, it's on No more twin glocks, they jam up my plays Now it's twin 40 calibre Walther PPK's I'm in the control of my game, you must respect me like the ref Uh-huh, you disrespect you get the tech I turn you fake niggaz on and off, like I'm the clapper I rob so many niggaz, they should call me Jack the Rapper I'll the illest nigga doing this, dead or alive Gloria Gaynor on you motherfuckers, I will survive You can try to come at me, but do you want the kick back? You snap inside the cage of a pit, and you get bit back My war is so tight, my drama so ill Beef with me hangs around like the unpaid bill I push these lyrics through any MC, and make it burn So the niggaz who be rhyming next, will miss a turn When you speak of who's the dopest MC, I don't come up But when you speak of who's the livest mc, I stay what up, what's up? I got stripes while you got strikes and bogus mikes Do what bitch niggaz do best bite You niggaz can't make up a law that I don't overrule, overthrow Prim' brought bumpy these tracks so I can let you know Before I slide I'ma leave you this jewel Even mechanics walk around with they tools, it's the Militia