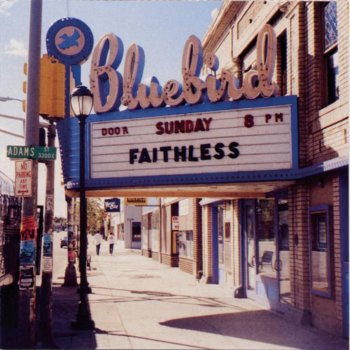 LyricsBring My Family Back - Radio…

Beg you listen me, don't be kissin' me til I'm done Unsung champion, a reason like seasoning ah Pepper your thoughts with spice,

And entice you to a space Where I dwell with bass players and layers are loops Think what I think with my prayers its nice My world is everything I've become Contained in the hum between voice and drum I'm coming from the same place I'm a still running from But even sitting in the garden one can still get stung I'm on Lonely Street age nearly three Recently Mama's cryin' all the time is it because of me? Or my younger sister? Even Dad was weeping when he kissed her Face all Puffy like a blister, cryin' like he missed her Since we moved away from the house where we use to play They say I'll understand one day, But I doubt it, Mama never say nothin' about it How'd it get to be so crowded I found it a strain, Everywhere I look I see pain And I can't escape the feelin' maybe I'm to blame So I strain to listen, prayin' for a decision, wishing They were kissin' This feels like extradition Or exile, Mama finds it hard to smile So I make pretend cups of coffee in her favourite style She says child I'm working so there's nothing you lack But she know I want my Dad, I want my family back I'm on Lonely Street, age forty-three Couldn't gauge when to quit so my wife quit me Took offence, took the kids, I wish that was the end But before she took her leave she took care of my best friend Workin' all the hours God send was not the tactic Y'see cuz after ten years I'm left with jack tihs Wanted to make the cash quick so I used ta work real late Mad sex, My woman's vex even if I stay awake And if I'm honest, I had a little cake at the office I was eatin' We'd do our cheatin over coffees, Makin' tea for the bosses makin free with me And I agree I got sleazy too easily But I'm forty-three, this doesn't usually happen to me Now I'm lonely, I wonder what my son's doing today Suddenly I'm blinkin' like the screen on my computer display And I'm drinkin' concerned about what's down the track If I don't get my family back I'm on Lonely Street, number fifty-three Boarded up properly, I'll probably get pulled down Litter all around inside there's no sound and no light But yo it gets busy at night, people creppin' Derelicts sneakin' to fix, speakin' On the way my timbers creaking', roof leakin' And bricks comin' loose, knee high in refuse But even though I'm a slum I'm still of some use There was a time when my walls were decorated And under my roof children were educated But now paint's faded, windows are all smashed A crash in the economy robbed me of my family And no strategy combats negative equity so that's it. Like violence it's drastic I'm freaking', and seekin' to be more than just a house of crack Somebody bring my family back