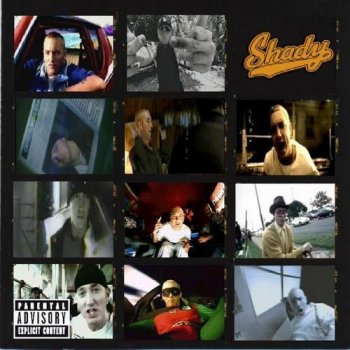 2 Translations available
spanish(25%)
turkish
Choose translation
We detected some issues
M.A Rangel A.Z suggested changes to these lyrics.
The Lyrics for Slims Freestyle by Eminem have been translated into 2 languages

[Eminem] If I'm elected for ten terms I'm renewing the staff after the inagural And hiring all girls as interns If I don't like you, I'll snatch you outta your mic booth While you're rappin and pull your right through the window and fight you I'll take you straight to the pavement Uppercut you, and scrape your face wit a bracelet Like a razor that shaved it Three drinks and I'm ready to flash Runnin on stage in a G-string, wit a bee sting on my ass (Look!) It's probably all cuz I ain't awkward at all I just like to walk through the mall, stop, and talk to the wall And have a relapse after I just fought through withdrawl (Hop in the car little girl, I just bought you a doll) The Bad and Evil movement is comin Plus the music is pumpin like a pill freak wit a tube in his stomach I write a rhyme a day So it's no wonder how come your whole album Is soundin like a bunch of shit that I would say Whether it's one verse or one letter I'll probably be the cleverest one that never gets spun ever It's Slim Shady and Tony Touch, it's only us The rest of y'all are just stuck in the middle wit Monie Love