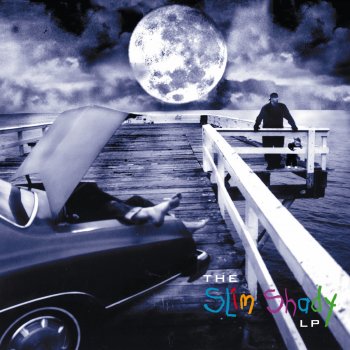 Okay, I'm going to attempt to drown myself You can try this at home You can be just like me

Mic check one two, we recording? I'm cancerous so when I diss you wouldn't want to answer this If you responded back with a battle rap you wrote for Canibus I strangle you to death then I choke you again And break your fucking legs till your bones poke through your skin You beef with me, I'mma even the score equally Take you on Jerry Springer and beat your ass legally I get too blunted off of funny home grown, 'cause when I smoke out I hit the trees harder than Sonny Bono So if I said I never did drugs, that would mean I lie and get fucked more than the President does Hilary Clinton tried to slap me and call me a pervert I ripped her fucking tonsils out and fed her sherbet My nerves hurt, and lately I'm on edge Grabbed Vanilla Ice and ripped out his blond dreads Every girl I ever went out with has gone les Follow me and do exactly what the song says Smoke weed, take pills, drop out of school, kill people and drink Jump behind the wheel like it was still legal I'm dumb enough to walk in a store and steal So I'm dumb enough to ask for a date with Lauryn Hill Some people only see that I'm white, ignorin' skill 'Cause I stand out like a green hat with a orange bill But I don't get pissed, y'all don't even see through the mist How the fuck can I be white? I don't even exist I get a clean shave, bathe, go to a rave, die from an overdose and dig myself up out of my grave My middle finger won't go down, how do I wave? And this is how I'm supposed to teach kids how to behave? Now follow me and do exactly what you see Don't you want to grow up to be just like me? I slap women and eat 'shrooms then OD Now don't you want to grow up to be just like me? Me and Marcus Allen went over to see Nicole When we heard a knock at the door, must have been Ron Gold Jumped behind the door, put the orgy on hold Killed them both and smeared blood in a white Bronco My mind won't work if my spine don't jerk I slapped Garth Brooks out of his rhinestone shirt I'm not a player, just a ill rhyme sayer that'll spray a aerosol can up at the ozone layer My rap style's warped I'm running out the morgue with your dead grandmother's corpse to throw it on your porch Jumped in a Chickenhawk cartoon with a cape on And beat up Foghorn Leghorn with an acorn I'm about as normal as Norman Bates with deformative traits A premature birth that was four minutes late Mother, are you there? I love you I never meant to hit you over the head with that shovel Will someone please explain to my brain that I just severed a main vein with a chainsaw and I'm in pain? I take a breather and sigh, either I'm high or I'm nuts 'Cause if you ain't tilting this room, neither am I So when you see your mom with a thermometer shoved in her ass, then it probably is obvious I got it on with her 'Cause when I drop this solo shit, it's over with I bought Cage's tape, opened it and dubbed over it I came to the club drunk with a fake ID Don't you want to grow up to be just like me? I've been with 10 women who got HIV Now don't you want to grow up to be just like me? I got genital warts and it burns when I pee Don't you want to grow up to be just like me? I tie a rope around my penis and jump from a tree You probably want to grow up to be just like me

These lyrics have been translated into 19 languages