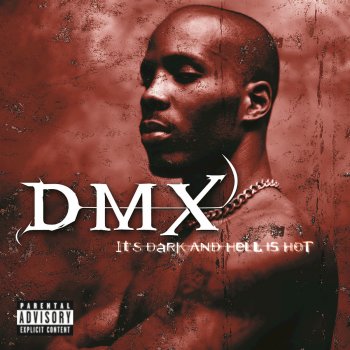 Lyrics for Intro by DMX

Interviewer: Yo I'm saying, these Ruff Ryder niggas DMX: Dog Interviewer: I heard these niggas is for real

DMX: Dog, that's my man and them Interviewer: But I heard these niggas is like suppose to be lockin' down the industry on some shit, on some power shit DMX: Dog that's my mans and them Interviewer: Eh DMX: So what I'm doin' Interviewer: Right, right DMX: My mans and them is doing, because Interviewer: Right DMX: That's my mans and them, ya know Interveiwer: I feel ya DMX: Now you feel me? Interveiwer: I feel ya DMX: So you know when you fuckin' with me Interveiwer: Right, right DMX: You fuckin' with Interveiwer: oh oh, what are ya doin now? Told y'all niggas Ya just don't listen Why must you be hard headed? Tried to explain, but you didn't hear me though Now, now Ya know, grrrrrr Uh One two, one two, come through, run through Gun who, oh you don't know what the gun do Some do, those that know are real quiet Let me think you wanna try it, fuck around and start a riot Niggas gonna buy it, regardless because I'm the hardest Rap artist and I'ma start this Shit up foreal, get up and feel, my words I make herbs split up and squeal Ill is all I've been hearin' lately Niggas hate me, wanna duck tape me and make me Put their brains on the wall, when I brawl Too late for that 911 call Niggas stay beefin' but a lot of them bluffin' But not me because I'ma nigga that can get out of them cuffs You think a lot of them tough Not just for fronting When I hit them niggas like "What you want?" The battle turns into a hunt With the dog right behind niggas chasin em down We all knew that you was pussy But I'm tastin' it now And never give a dog blood Because raw blood I have a dog like one bitin' whatever All up in ya gut Give it to them raw like that And ain't no love I do 'em all like that Four right up in they back Clack, clack Close your eyes baby, it's over Forget it, happened in front off your buildin' but Nobody knows who did it What Where my dogs at? What what Where my dogs at? Uh Where my dogs at? What what Where my dogs at? Uh Where my dogs at? What what Where my dogs at? Uh Where my dogs at? What what Keep me runnin' from the werewolf, owww Howling at the moon on the roof Eh, ah, no, get em Ten niggas on him, hope God's with him Give me the bat, let me split him I'll have 'em where the pillow and the casket won't fit him Only reason I did him, he wouldn't fight back Tried to strike back Left him like that, layin' up with the white hat Gettin' right back at ya when I snatch ya Up out the grave, nothing but bones and ashes Hitting niggas with gashes to the head Straight to the white meat but the street stay red But this girl gave me head for free 'Cause they see, who I'ma be by like 2003 That nigga D took it there He thought it was a joke He went through like 20 G's and thought that I was broke, stupid That's what you get for thinkin' and eventually Found that's what you get for stinkin' Blowin' up the spot when you rot Plus if it gets hot they know you dipped For four squared blocks Hit em with the ox to the grill Eh, ah, kill nigga kill Yet still they don't know I'ma rob who That dog DMX is a motherfuckin' problem Alright

It's Dark and Hell Is Hot