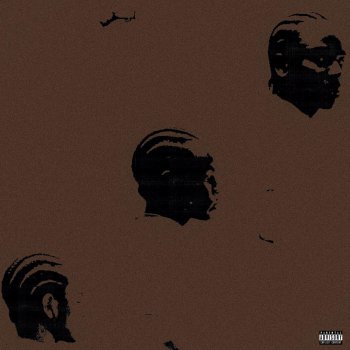 Man what can I say? Most of the people lame With some mindsets that I just can′t relate 'Cause their thought is basic and they dream too small And who is to blame? Man I really don′t know But one thing's for sure, I couldn't get along ′Cause I thought too far so they would say I′m wrong But I was just on a different perspective In my mind a different message, I couldn't find a way to tell it Maybe through speech, maybe through paintings Maybe if I teach they will get what I′m saying I ain't know what, just knew I had to do it ′Cause ain't no way I′mma be stuck on some bullshit That's when I went out looking for an answer And not too long after I fell in love with music All this energy and finally somewhere to channel I got into music and learned the piano And then the guitar and then the saxophone I won't even lie man I was in my zone Much more open-minded than the ones I′d known I was just so much more ready for it all Wasn′t scared to fall or even trip While they just played ball, I'd write some shit I ain′t live nothing worth of writing yet But I had the passion so I'd still insist I was on a mission, and I still am Couple years later, I still got my plan Took a couple L′s but I'm still the man Doing everything niggas said I can′t It's too much I do that they don't understand This is the blueprint on how to expand To be honest for a second I wasn′t even sure if my vision would be this fleshed out It′s so much work that I put in the booth I got no choice but to think I'm the best now ′Cause if you take a look at the best around Ain't nothing compared to my best sound I′ve always been different, like some sort of alien Despite the basic town my parents raised me in I was a lion stuck inside a cage But when I saw the gate, they could no longer tame me man I'm about that, ain′t no way around it Dudes go out sad, 'cause they still be doubting They can't write back, my bars are astounding I′m an outcast, my mind on 3000 I dropped hit and hit and hit and hit Guess my discog′ was always into fighting man (We here, we here) (We fucking made it, they know we here) Flaws Wear my flaws like ice, keep my soul in sight (Flaws) And my stems don't bite if the light shines bright (Flaws) My guilt weigh heavy, it cost me a life (Flaws) They rip my pedals to my six ′cause my roots won't die

Listen to Podcasts talking about Bxxzus.