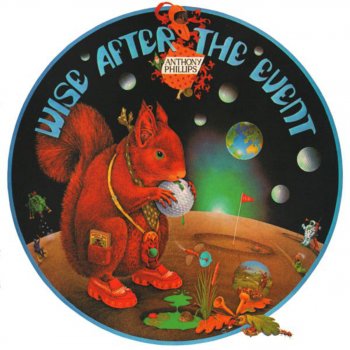 No translations available
+Add Translation
These lyrics are waiting for review
If you found mistakes, please help us by correcting them.
Lyrics for Wise After the Event by Anthony Phillips

Four thousand monks in a maelstrom All crying out for release. Three cheers for old Mother Hailsham

She's sticking to her beliefs. A hundred ships took to the high seas Intent on sailing the world. They might have known that a rainy sky Would scatter swine before pearls. One by One, the Centaur is breaking its chains And, after all, we're blood and flesh and pain. Cover it up high, cover it up low Cerebus stirring, Finally learning, Lamplighters' torches extinguish The flames of our fate. Six sturdy Bold held the Tiber Across the stakes they did swarm. And in a chance he was leaving Throughout his watch he was warning their guards. I met a man on a spreading kite Who set his course for the sun. But when I asked him what he'd found up there He said he'd just been for fun. Hour by hour the jigsaw is piecing together In fear and dread, we wait the final act, Gathering up high, gathering up low, See how the earth quakes Watch as the crust breaks Beating the air as the hot wind Comes my way. A million men marched on Memphis, To pay respects to their King But when they came to Fort Lauderville, They found they all had to sing – So we're getting so much wiser, it's so much fun.

Wise After the Event