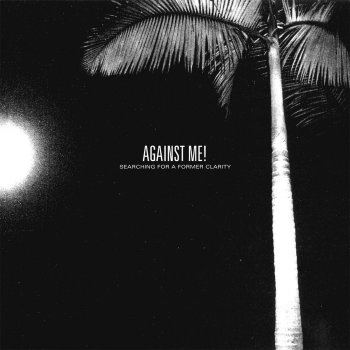 LyricsFrom Her Lips To God's Ears…

1 Translation available
spanish(89%)
Choose translation
We detected some issues
Rj Ausman suggested changes to these lyrics.
The Lyrics for From Her Lips To God's Ears (The Energizer) by Against Me! have been translated into 1 languages

Regime change under a Bush doctrine Of democratic installations. Constant war for constant soldiers. What are we gonna do now? De-escalation, through military force Increase the pressure, oh Condoleezza What should we do about the situation In Iran and North Korea? Condoleezza Democratic election under martial law An Iraqi president out of control of our choices After all this death and destruction Do you really think your actions advocate freedom? The president′s giving a speech in Georgia To remember the voice of a slain civil rights leader Do you understand what the martyrs stood for? Oh Condoleezza, do you get the fucking joke? Condoleezza, Condoleezza, Condoleezza What are we gonna do now?

Searching For A Former Clarity