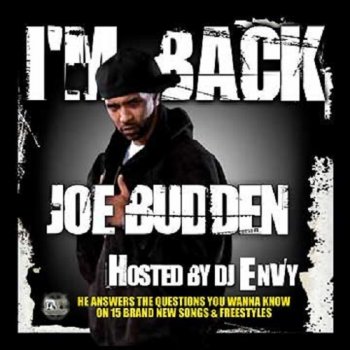 [Joe Budden] Ladies and gentlemen. You are now listenin' to The Growth (Look)

This my guide to the rappers Before you go ahead and decide to be a rapper (Talk to 'em) I know you think it's +Money, Cash, Hoes+ But funny when that goes You'll be questionin' life after Like "why did I have to" (I know it) Seems like "yeah", seems quite clear But these maggots take your dream and make it a nightmare You been waitin' for some years But everything is fake, it's like a rear view mirror, nothin' is as it appears Can't trust people 'cause it's all about tryina succeed It's all about the backstabbin' and greed It's all about the wrong things Sucks, it's all useless And it starts to interfere with your love for the music (Damn!) Catch 22, most dudes'll give it all for their shot For most niggaz, this is all we got Should you quit the whole thing? 'Cause it's enough bullshit in the whole thing To almost make you wanna kiss the whole thing...(Chea!) Goodbye [Hook - repeat 2X] So long, goodbye Tired, of the game Let's get there [Joe Budden] Sometimes you think you better off with that 9 to 5 Til you remember all the times you got fired Sometimes you wanna dress down, walk out with no jewelry (But!) But you can't, you under real heavy scrutiny You ain't got a truck that's hooked up with rims Kids'll see you like "damn, why I looked up to him?" It makes some wanna quit, it makes some stand tall If you don't sign that autograph, then it's one fan lost Sometimes you don't feel like it Everybody wanna be on you Sometimes you just wanna be normal Want the afore-mentioned Sometimes you don't wanna be mentioned Sometimes you just wanna blend in Might think the statement's weird When the world'll trade for your life (On some.) Real shit I'll trade for theirs Tell me now what's the answer When they know you had a death in the family And you still gotta smile for the camera You thought everything would be all to the good You ain't got as much money as you thought you would (Didn't blow!) Some people sell out, fuck everything they shot From their heart for that number one spot on the charts That's what it is, I can't paint it no clearer How you 'sposed to see straight when it's all smoke and mirrors? (All smoke and mirrors) Quit the whole thing, 'cause it's enough bullshit in the whole thing To almost make you wanna kiss the whole thing...(Chea!) Goodbye [Hook] Arrivederci! [Joe Budden] Just when you think you wanna go on without the hype Is when you go to do a show and see the crowd so hyped (And the...) Die hard fans say "you changed my whole life" So I sacrifice mine and gratify you with the rhymes (Yeah!) Folks from the hood, that see you as a stand out Outweigh the niggaz in the hood with their hand out And goin' 5 days a week with no sleep's A lot better than a cold park bench with no sheets So fuck politics, fuck inuendo (Oh!) 'Cause you never seen a dropout so influential Quit the whole thing, 'cause it's enough bullshit in the whole thing It's my choice so I'm with the whole thing (Chea!) Like "what" [Hook]