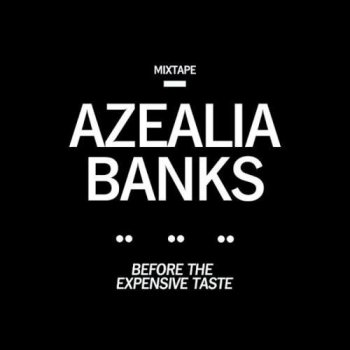 Blue jeans, white shirt Walked into the room you know you made my eyes burn It was like, James Dean, for sure

You're so fresh to death & sick as ca-cancer You were sorta punk rock, I grew up on hip hop But you fit me better than my favourite sweater and I know Gangsta (I know) Gangsta (I know) Gangsta Gangsta Gangsta Gangsta, gangsta, gangsta, gangsta, gangsta... Let's go Tell me what bad boys do I'm a bad girl, if you into that one too My American Dream in jeans all blue Keep it cool like crushed ice cubes It's you for only this in a foreign coupe In the blue range across my view Better crush like my cunt too Ain't 'nough said about his moves A real tough one, sometimes two Bet you fine about lifetime sunshine boo (Say you'll remember) Bananas and bow ties, whips and handcuffs Tied down the club like living like gangsters Both wanna die, love living in danger Bodies all around, put it down like an anchor (Say you'll remember) Hardcore bottles Try more than just anger Passion like fever, hot like Jamaica Real rude boy, no problem for later Money on his mind 'bout getting his paper Truth be told he's locked down with his flamer Really like his flavor Wanna slow dance with the devil Click-lick, the look of an angel Took a small chance with a rebel now my flesh is amazing Now we shooting them lasers and laughin' at haters Gangsters not bred I make 'em Gangsters not dead I raise 'em (Gangsta) Gangsters not dead Gangsters not bred I make 'em G-Gangsters not dead I raise 'em Say you'll remember Say you'll remember Say you'll remember

Before The Expensive Taste