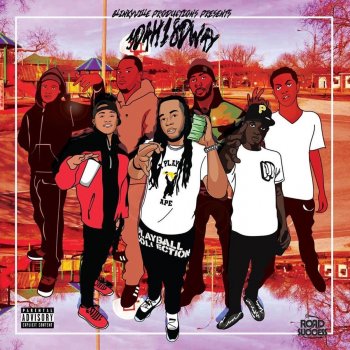 If you can look into my heart, you see the hate in it Lost all my homies to the field and to that grave nigga I'm from that 1800 block, That's Blinkygang nigga