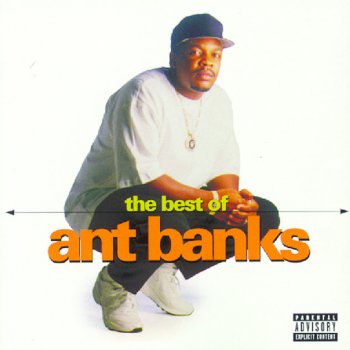 Roll 'em up Oaktown, it's the A-N-T Just nod your head to the funk I bump and pass the dank to me Cause I′m about to get the West Coast loaded Put my rap into your zag and you can damn sure smoke it Cause it′s D-O-B-E ready to get you high Potent like endo, or maybe chocolate thai You say you want the best, well I'm a bring the best Just hit the fucking dank and let it sting your chest Yeah bombola, cidal, top of the line herb Don′t you try to drive, you'll be so high you might swerve Some smoke dank and like to kick it on the street But I hit the shit and start tripping on the beat So nod your head to this, to cess I′m prejudice I never smoke the shit because it never gets me lit And I don't like to waste my time getting zonked Banks don′t need no weed that's bump Cause I'm the type of nigga that likes to taste it when I hit it You know we got ′em thick, thicker than my dick We like to roll ′em phat So now you know in the O endo's the tip A dedication to the niggas who smoke the shit My nigga Short Dog, my nigga Pee Wee My nigga Juda, MC Pooh to Shorty B We don′t need a babysitter so fuck the hogging Just take a blast and pass to Randy Austin I made the beat real fat so you can get my point I know Mhisani, Spice, and Dame want to hit the joint So let 'em hit it, when they get it show ′em much love And pass it on to Richie Rich and the fucking gov Ascari X is next and Step G MC Ant and little Seed from SNV Can't forget the D-I, huh the G-I, to the T-A-L, right next to hell My nigga Chris Hicks, Too Clean, and Ali Superside This is strictly for the trunks, cause I want you to ride With the next one I got, take it straight to the head And roll it kinda fat for my nigga nigga dead Ha ha, yeah, we like to roll ′em phat Check it out, it's a crazy going on, they don't understand me They smoking dank in Brookville and even Subrandy 100 Ave., to the Plymouth Rock 85th, 96th smoking spliffs don′t stop 700, the 7-deuce Rolling shit tight so it don′t come loose So when I hit it it can knock me off my feet 69th Seminary, and High Street I can't forget the big 2-3 And my homies Clem, Jamal, Mark, Rame, and E You want weed smoke? We got the best smoke >From the East Oak to the West Oak, we like to roll ′em phat Ha ha, you know what I'm saying? It′s going down in the Oaktown Every motherfucking night, yeah Uh, this beat is smooth as fuck Dope do do do do (laughs) I'm just tripping on the beat! Dope do do do do, Dope do do do do

The Best Of Ant Banks