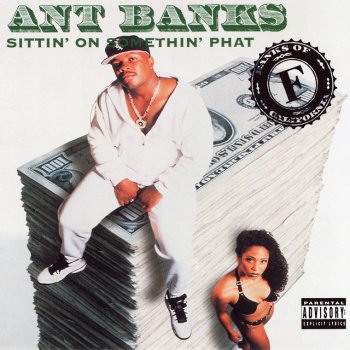 Many dues have been paid, many punks have been played For the funky beats I made I get for my grade I′m from the Dangerous Crew, I can't hang with you

Cause I′m from Oakland, bitch, where the game is true You don't belive me? Well, come on slide through Because the city of dope will give you somethin' to ride to Put my tape in your deck and do some damages But the six by nines, they can′t handle this I′m twenty-three so I'm far from a young buck This gin and juice is gettin′ me pumped up Fake rappers get chumped up You wanna slang'em, watch your face gettin′ lamped up Well, what's my name? You can call me Banks for short You wanna book me? You′re about to see a gangsta show Cause I be tighter than tight, give me a brew and the mic And it will be on like chickenbone, you know that's right Some mothafuckas didn't belive that I can do this shit Kick some funky ass rhymes with some beats that hits Now I′m provin′ them wrong but still suckas wanna clown But you jealous mothafuckas ain't bringin′ me down I kept faith in myself, that's what I had to do To make it out here and stop fuckin′ with you I'm 2 the head... Yeah! Now all you fake niggaz: get the fuck off my nuts! I got my shit rollin′ so now I'm like a mack in town And when I'm ridin′ through, the hoes be flaggin′ me down I'm just a player kickin′ funky shit with the Dangerous Clique And all these bitches, they out to get some famous dick But I ain't trippin′, girl, you can bring that ass on Cause all this jockin' shit ain′t guaranteed to last long But while it's happenin' you know I′m straight lovin′ it You put your pussy in position and I'm pluggin′ it But if you're lookin′ for a nigga with a touch of affection You better take your ass to the love connection Cause, hoe, I ain't got no trust in you Cause if another rapper comes you′ll be fuckin' him too And that's real, save the love for? Cause it′s all about mackin′ in 92 One love, I ain't goin′ that far I'm better known as a gigolo rap star I like to fuck groupie bitches cause it′s fun too And I never get played cause I'm young true Hoes wanna be mine but that′s a no no Get the fuck off my face, bitch, I'm 2 the head, hoe Now for verse three, you know it never quits Cause Ant Banks is in the house makin' hits And since I′m doin′ this I gotta deal with jealous punks Mad cause my shit like pumps in the trunks And when I'm ridin′ I gotta roll strapped in my 500 Benz Cause it's sittin′ kinda phat, fake niggas smile on my face But they ain't bold ones Trippin′ out cause they ain't ridin' on gold ones I know you′re envies, that′s hell of dumb for me Cause the shit I got, it didn't come for free Late nights at the studio bustin′ my ass crack Tryin' to make hits, man, but where was your ass at? Probably at the corner drinkin′ Old E, slangin' D See, you was sleepin′, now everybody's know me I guess hard work pays and doin' nothin′ is off Lazy niggas like you were once fuckin′ us off Stop talkin' about me and get a J-O-B instead Bitch ass nigga, I′m 2 the head... Yeah and this goes out to all you shit talkin' Bandwagon ridin′ mothafuckas: get off