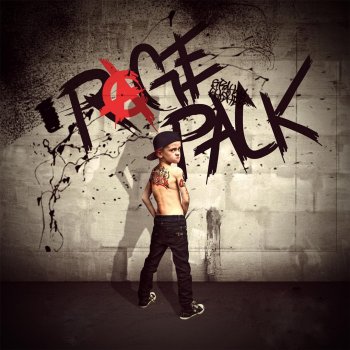 Whaddup! Uh Straight out the fridge with it Cool as polar bear paw prints in it Bitch I'm the kid like "what you talking about Willis?" Fresh as new room service pillows with the mints in it Yeah! I guess the dollars make cents in it Pun intended, mouth nasty, need rinse in it, Euk! And that's not no incense When they whisper that my walk got a funky little stench in it (Damn) Bitch I'm the shit, couldn't miss the smell Turn around, give a wave, "Hi, I'm Mr. Kells" Never flush the toilet, open your nose please Haters from high school at my shows in the nose bleeds "Hi, what's up with you fools?" I dropped out and now I am the new school Of this rap shit Million dollar man with a thousand dollar budget Still my hand on my nuts like fuck it! Kells 100 Words and Running, hoped you tied your laces tight Me, I'm in my Chuck-T's with a blunt up, please we blazing right Cause I couldn't imagine any other way to bring the year in, now light that shit up! And I couldn't even fathom any other way to bring a beat in that I like so get up! Fuck these hoes! Fuck these hoes! One more time like "FUCK THESE HOES!" I'm rolling off these pebbles and I'm stoned like these country roads Me, I'm a city boy, it's going down no Nitty boy And if its about money, shout my hitter I'll come get it boy Fuck all they fame, they bitch just grabbed my Wii, no games and shit And now he mad, he angry shit I tell that fool to "Pay me, bitch!" But he don't understand cause he don't speak my lan-gu-age So uh! On to the next one, we up A pussy's just a hole, and I'm in the country club Got seventeen mo', and I hole-in-one them all Stroke the first time, no birdies, eagles or pars No major deal, we major still, fuck you thought it was? Don't need no major to tell me I got a major buzz I'm major money, tell these fools "Kiss my major nuts" They tell me watch my mouth, but I don't give a major FUCK! I'm major pain and ain't talking bout no Damon Wayans Look up in the sky! It's a bird No, that's just me high off that Mary Jane Yeah bitch, I said "Mary Jane" And if I could, I'd marry Jane They be saying "That white boy can spit!" I'm like can he mane...? And I'm so fresh, you should call me "Mannie", mane Under the mistletoe, let her kiss my candy cane I'm Danny Zuko with it, but I don't want no Sandy mane I want them greased the first night like a caddy mane Fuck what they, fuck what they sayin', I'm on some dumb shit Wanna menage a trois, bring your friends, fuck that one bitch And rappers saying they don't feel Machine Gun's shit Well I don't feel your music on some numb shit, Biitch! Yeah! They kiss my ass while I let the beat build I'm flying G4 looking down, you on your feet still Shit, where they do that at my dude? So many haters like goddamn am I rude? You value menu motherfuckers! Couldn't afford the cheese on a burger So don't call my manager asking for verses Cause your payment for a line of me cursing Is enough for me to buy a car and throw some D's on it Like I tossed Pamela Anderson shirtless (Oh My God!) Don't know what I gotta do to get through So I slow it down and rap the rest in a screw (Will that do it?) Yeah! Feeling draped out and dripped up So many bitches I need a pimp cup Sticky's getting lit up Skirts need to lift up Haters not allowed and if they come they getting beat up Someone put the fence up while we get the trees lit Blow all of this grass til it's only concrete shit Do not let your feet slip, all black Chucks on my feet Tie my laces and now its back to the beat bitch! Said it's back to the beat bitch Say it's back to the beat bitch! Yeah! We take it back to the beat bitch! That's how you let the beat build bitch! 100 Words and Running