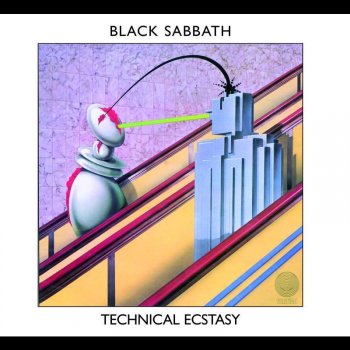 Super animation, turning on a nation And they're saying all moving parts stand still Since he was elected, adrenalin injected

Hear him saying all moving parts should kill Just like the hero he's got them all on the run Yes he's won, yeah Since he passed the motion, they're building in the ocean And he's saying all men should be free What a combination, peace and radiation And he's saying free men should fight for me Just like his momma, he seems to get his pleasure from pain, And the rain, ain't that strange? Very strange, yeah I like choking toys You've got to see me before you meet the boys Teacher's burnt the school He's had enough of sticking to the rules, alright People stop and see He's got to be more decadent than me Just to pass the time He gets his kicks from licking off the wine Pretty silly ladies, all Cynthia's and Sadie's Call him and he takes their numbers down Says he is a woman, should have seen it coming And she says she's married to a clown Just like a lady she'll keep you guessing through the night Not tonight, well I might Oh alright, yeah